Every now and again it can be lovely to share a tasty morsel of our own food with our canine companion but it can be tricky to know exactly which foods are safe and which are not. Here we will look at the foods which are dangerous to dogs as well as those hidden nasties we need to be aware of and treats to watch out for.

We have known for many years that these foods can be very harmful to some dogs, causing vomiting, diarrhoea, excessive thirst and in severe cases kidney failure but the reason why has remained a mystery. In recent weeks a team of Vets have managed to shed some light on this and It is now thought to be the tartaric acid (and its salt potassium bitartrate) in grapes and raisins which causes these symptoms.

What has always been puzzling is that some dogs only suffer mild symptoms like an upset stomach while others suffer severe effects such as kidney failure. This could be explained by the fact that grapes, raisins and sultanas contain different levels of tartaric acid since levels relate to the type of grape, where it was grown and the level of ripeness and this may explain why not all dogs are affected. The discovery was made by a Vet who was treating a dog who had eaten playdough.

Usually, in such cases, dogs will develop dangerously high levels of sodium in the blood but in this particular case, the high levels did not develop. The Vet asked for the recipe of the homemade playdough and found that it differed from usual recipes in that it contained cream of tartar, which also contains tartaric acid.

Dogs are known to be sensitive to tartaric acid and the Vet noted similar symptoms to those who had suffered raisin and grape toxicosis (acute vomiting and kidney failure). They also noted that the Animal Poison Control Centre had reports of severe vomiting and acute kidney failure in dogs following exposures to tamarinds which are also uniquely high in tartaric acid. These findings have recently been published as a letter to the editor of the latest issue of the American Veterinary Medical Association. The authors propose that tartaric acid and its salt, potassium bitartrate are the toxic principles in grapes leading to acute kidney failure in dogs.

The toxic ingredient in chocolate is theobromine which dogs cannot process. How dangerous chocolate is depends on the amount and type of chocolate. The darker the chocolate or the more bitter the taste, the more toxic it is to dogs. Gourmet dark chocolate and baking chocolate contain a highly concentrated amount of theobromine, milk chocolate is not as toxic as dark and white chocolate contains very little theobromine. This compound causes symptoms that range from a stomach upset (vomiting and diarrhoea), excessive thirst and urination to tremors, rapid breathing and dangerously increased heart rates.

The toxic ingredient in chocolate is theobromine which dogs cannot process. How dangerous chocolate is depends on the amount and type of chocolate. The darker the chocolate or the more bitter the taste, the more toxic it is to dogs.

It can be difficult to know how much chocolate your dog has eaten but a useful guide can be to look at the starting weight of the chocolate they have consumed:

It can be difficult to know how much chocolate your dog has eaten but a useful guide can be to look at the starting weight of the chocolate they have consumed:

Chocolate toxicity calculators can be found on the internet. You’ll be asked to enter your dogs’ weight (or breed size), along with the amount and type of chocolate they ate and this will tell you how much theobromine they have eaten. The level which is harmful is around 20mg per kg of body weight but it is always worth contacting your Vet for advice. The usual treatment involves making the dog sick and then giving the dog charcoal to absorb any theobromine still present in the gut.

Although we may enjoy adding garlic and onions to our food, giving as little as 15-30g per kilogram body weight can cause severe problems for dogs. Garlic, onions, leeks and chives are all part of the Allium family and contain a compound called N-propyl disulphide which damages haemoglobin causing a condition known as haemolytic anaemia. Signs to look out for include diarrhoea and vomiting, lethargy, weakness and in severe cases pale gums and red/brown urine. 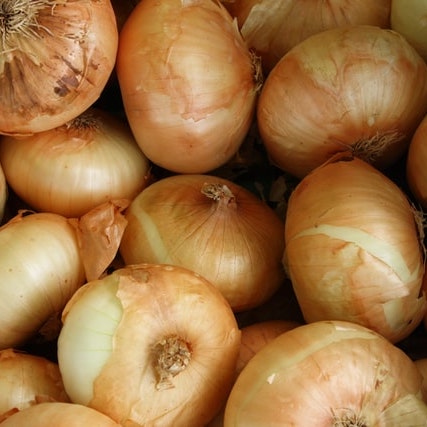 Haemoglobin is the substance in red blood cells that is responsible for carrying oxygen around the body so this is a very serious condition. Importantly symptoms may not develop immediately and may take a day or so to show up and may also develop if smaller amounts are eaten regularly over a longer period of time. These foods are dangerous when fresh but also when in a dried or powdered form such as spices, gravy stock, coatings on breadcrumbed and battered foods so it’s important to always check labels if these foods are shared with dogs. Even if you remove the onions or garlic from soup or gravy etc once it is made, the food will still be harmful to dogs.

The only suitable drink for dogs is water. Do take particular care with caffeine and alcohol. Caffeine contains a similar compound to theobromine found in chocolate leading to similar symptoms. Alcohol (both ethanol as well as hops used to brew beer) can cause intoxication in dogs with warning signs including vomiting, high temperature, excessive panting and seizures. Alcohol can also cause an acid-base imbalance of the blood and is a depressant of the central nervous system leading to breathing problems, sleepiness, coma and even death. Most cases of alcohol poisoning are a result of alcoholic drinks being left unattended or spilt.

Milk: Even though they love it, milk is not a suitable drink for dogs as they are largely lactose intolerant because their body stops making the enzyme, lactase, after the age of eight weeks. This means they cannot digest milk and so will suffer indigestion after drinking it leading to diarrhoea and discomfort. However, cheese and yoghurt are fairly low in lactose and so can be tolerated by most dogs.

Xylitol is a sweetener commonly used in human foods but it is very harmful to dogs and can be hidden in foods such as peanut butter (the sugar-free varieties) as well as some sugar-free sweets, sugar-free chewing gum, and toothpaste Once eaten it causes blood sugar level to drop to dangerously low levels, central nervous system impairment or severe liver failure. Always check labels of sugar-free foods and keep them out of reach of dogs.

These treats are made from the inner layer of cow or horse hide which has been cleaned and stripped of hair. It is the removal of the hair which is one of the problems with this form of treat because it involves the hide being soaked in toxic chemicals such as sodium sulfide. After this, it is whitened with hydrogen peroxide and then dried and pressed into shapes such as bones. Flavourings or coatings may also be added. As it is not classified as a human or pet food it has no regulation over its production. Aside from the harmful chemicals rawhides, when large chunks are broken off and swallowed there is a risk of obstruction because they are not broken down by normal digestion.

Bones should not be given to dogs once they have been cooked as bone fragments can splinter off into sharp points, damaging and even perforating the gut once swallowed. Pets can choke when swallowing

This type of nut is particularly toxic to dogs causing tremors, uncoordinated movement and progressive paralysis.

Where to find our expert! 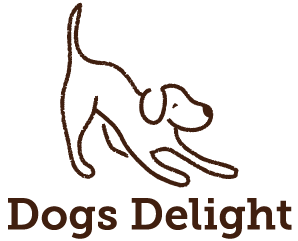 Carole Sandhu is a qualified Canine Nutritionist who worked for over 25 years as a Registered Dietitian before adding to her degree in nutrition by taking further qualifications to specialise in Canine Nutrition.

She is the founder of Dogs Delight which formulates hand-made treats to offer optimal nutrition, using local ingredients with no added nasties in a varied and super tasty range of flavours to help dogs live longer, happier, healthier lives as well as selling a range of high-quality dog foods.

Your first step in discovering why your dog is eating too quickly should be to visit a vet, they are the experts after all. A vet can rule out medical reasons for your dog eating quickly, such as diabetes or Cushing’s disease.

Understanding the options with dog food

Never before has there been so much choice when it comes to what we can feed our dogs. As a new dog owner, or even someone who is thinking about making a change in their dog’s diet, it can be completely overwhelming when faced with the decision of what to choose.

Carole Sandhu is a qualified Canine Nutritionist who worked for over 25 years as a Registered Dietitian before adding to her degree in nutrition by taking further qualifications to specialise in Canine Nutrition.

She is the founder of Dogs Delight which formulates hand-made treats to offer optimal nutrition, using local ingredients with no added nasties in a varied and super tasty range of flavours to help dogs live longer, happier, healthier lives as well as selling a range of high-quality dog foods.

In the broadest sense, natural products include any substance produced by life. It’s safe to say then that plant-based products, like oils, essential oils, butters, etc. are natural, plant-based and vegan obviously. Pretty straight forward wouldn’t you agree?

How much should I feed my dog?

Ever wondered whether you’re feeding your dog the right amount? Perhaps they’re leaving food in their bowl, or constantly begging you for more.

Download the app for FREE to read more great articles!